Your diet may be lacking in sufficient vitamin E.

Vitamin E has been getting a bad rap in the press lately, particularly negative news about taking vitamin E supplements. But with adequate vitamin E difficult to get in food that the average person regularly consumes, it makes sense to take vitamin E capsules. 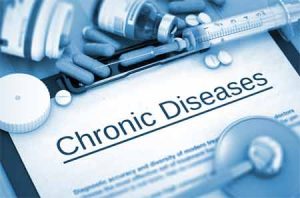 Vitamin E is an antioxidant that fights free radicals in the body that could damage DNA. Now a study appearing in the January 2018 Journal of the American Medical Association reports that physical performance – defined as good balance, unaided walking and smoothly rising from a chair – is better in those with higher levels of vitamin E compared to those with lower levels. The subjects lived in Italy, were over age 65 and obtained their vitamin E from food.

A multi-year study of close to 958,000 individuals found that those who regularly took vitamin E supplements for more than 10 years had a 62% decreased risk of dying from Lou Gehrig’s disease (amyotrophic lateral sclerosis or ALS) compared to those who did not take vitamin E supplements. Scientists believe vitamin E reduces free radical production and the resultant oxidative stress that may figure in ALS. This study was reported in the January 2015 Annals of Neurology.

As reported at the 60th annual meeting of the American Academy of Neurology in 2008, a small study of female Alzheimer’s patients who took extra large doses of vitamin E per day (2000 IU) were 26% less likely to die than those who did not take vitamin E. The study lasted for approximately 15 years. Experts say the high dosage is not safe for well people.

Vitamin E appears to cut the risk of Parkinson ’s disease, as reported in the June 2015 issue of The Lancet Neurology. An analysis of eight studies found that a diet high in vitamin E had a 22% decreased risk of succumbing to Parkinson’s as compared to those with a low amount in their diets. Experts feel the antioxidant helps protect brain cells, click here.


The common thread among aging and chronic diseases seems to be free radicals that cause oxidative stress that damages cells. Free radicals are a by-product of cells receiving life-giving oxygen but also form after exposure to environmental pollutants; antioxidants can neutralize free radicals but the success depends on one’s good genes, nutritious diet and not smoking.Most high-quality multivitamins contain 400 IU vitamin E, thought by natural health experts to be a maintenance amount. It is common sense to take the multivitamin and regularly eat a diet high in vitamin E. Natural vitamin E (alpha-tocopherol) is also thought valuable in reducing the risk of lung cancer and supporting heart health in older women.

This is an educational article only. Vitamin E can act as a blood thinner; seek the advice of your physician with questions.